Being involved in an auto accident can result in injuries you don’t even know you have. A chiropractor will look for and treat any inflammation and muscle or soft tissue damage that could lead to bigger issues if left untreated. In most cases, auto insurance pays for the treatments if the accident is not your fault.

If there are no obvious injuries, why should people seek medical attention immediately after being involved in an auto accident?

Dr. Chris Serafini: This is a great question. Most oftentimes symptoms often don’t really occur right away. You’ve got to really give it 48 to 72 hours, up to 10 days for really all of the symptoms to kind of shake themselves out. Many times, patients come in the day after the accident, even that day, and they don’t really have too many symptoms, but the next days following, leading after that accident, they will oftentimes start to get symptoms and it’s always a good idea to get checked, even whether you have symptoms or not.

What are some seemingly unrelated symptoms that should never be ignored after an auto accident?

Dr. Chris Serafini: Once again, another good question. I would say stiffness, tightness, dizziness, vertigo, maybe some brain fog, maybe numbness and tingling. Even if you have just a mild headache, you might not think it’s that big of a deal, those are all signs and symptoms. Don’t ignore them. Obviously, the body is telling you something. Those are all warning signs like check engine lights. You want to make sure that you get those addressed, and at least checked.

Should auto accident victims see a chiropractor after going to the emergency room, or seeing a medical doctor? And what would the chiropractor find that a medical facility might have missed?

Dr. Chris Serafini: Good question. The difference is most medical doctors are going to look for the most obvious issues or symptoms. It’s going to be a different type of analysis from a medical doctor to a chiropractor. Any type of obvious symptoms, they’re going to concentrate on. Like if you had any head injuries or cuts, scratches, any intense pain. That’s really going to be their focus. If, once again, you’re not really symptomatic, the exam kind of stops at that point. There wouldn’t be any, most likely, deeper tests that are performed or exam findings.

With a chiropractor, we’re going to be really hands-on. We’re looking for bone misalignment. We’re looking for swelling, inflammation, muscle spasms, trigger points. We’re going to do an exam as far as range of motion, orthopedic tests, neurological tests, posture evaluation. Sometimes, those aren’t done in a traditional medical model if the symptoms aren’t showing the doctor to move in that direction.

How much time is involved in a typical chiropractic treatment plan for someone suffering from whiplash or other common auto accident injuries, and should people expect to visit the chiropractor weekly or more or less often?

Dr. Chris Serafini: Typical chiropractic treatment is going to last about 30 minutes or so, 30 to 40 minutes. In what people should expect as far as visit frequency, you’re going to want to be seen a few times a week. It’s anywhere from two to three times a week. If you’re really in a lot of pain, maybe daily for a week or two, and you’re usually looking at about six to eight weeks.

Will auto insurance companies pay for medical treatments after an accident if the claim is filed?

Dr. Chris Serafini: They will, as long as it’s not your fault. If you’re at fault, they’re not going to pay But, if you have Med Pay on your policy, which I highly recommend most people get, it’s kind of like a dirty little secret the insurance companies don’t tell you about. Med Pay is a very specific policy, or plan on the policy, that in the event you get in an accident, let’s say you hit somebody, it’s your fault, let’s say a little kid jumps out in front of you and you have to swerve your car off the road and you hit a wall or a fence or something like that, Med Pay will pay for your medical bills.

It’s very, very good coverage for not a lot of money. A lot of times your insurance agents won’t tell you that because they know that it’s great coverage. They lose a lot when they have to get claims under Med Pay, so that is one of the things I would highly recommend. If you don’t have Med Pay on your policy, get it, and you want about $5,000 worth of Med Pay.

But once again, if you’re in an accident, if it is your fault, they won’t pay, but if it’s not your fault, yes. That’s why we all have auto insurance. Your medical bills will be covered.

If you are interested in speaking with Dr. Chris Serafini, visit www.thescottsdalechiropractor.com or call 480-443-7678 to schedule an appointment.

VSC-Kierland wins 2020 Best Chiropractor Award in Scottsdale. We are very thankful to be recognized amongst our fellow Chiropractic offices for providing quality care and service. We want our patients to celebrate with us and thank all of you for support.

Is There A Perfect Posture?

"Sit up straight and stop slouching!" You've likely heard this since childhood, but is there such a thing as perfect posture? The answer is a bit complicated. The latest research shows that it's more important to think about a "balanced" or "dynamic" fit

Are You A Good Candidate For Spinal Decompression Therapy?

Chronic back or neck pain can make day-to-day life difficult and miserable. For some patients, a technique known as spinal decompression can provide relief from pain, restoring flexibility and mobility.

Spinal Adjustment: What You Should Know About the Gonstead Technique

Do you have chronic pain in the spine, due to incorrect alignment? Are you looking for relief that is based on science and logic? A doctor who practices the Gonstead Technique could be right for you.

What to Expect During a Cupping Therapy Session

Have you always been curious about cupping therapy? An alternative medicine treatment that helps to relieve pain and improve a variety of conditions, cupping therapy could be the right treatment for what ails you. 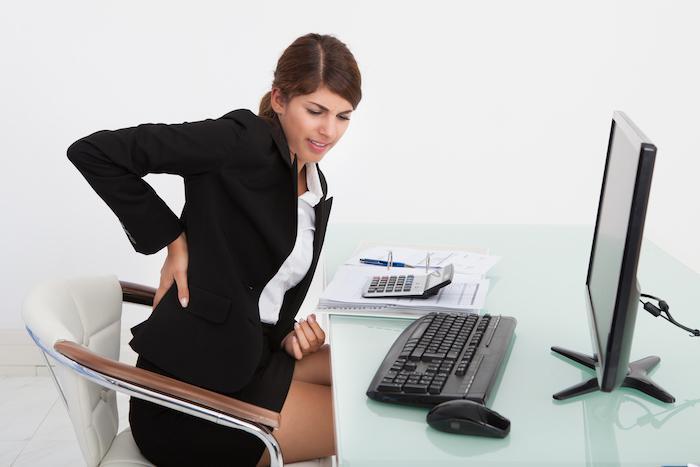 There are many reasons for lower back pain, and treatment depends on the cause. Read on to learn about three of the causes and how you can find relief.